Posted at 04:38h in News by YamamotoKentaro
0 Likes
Share 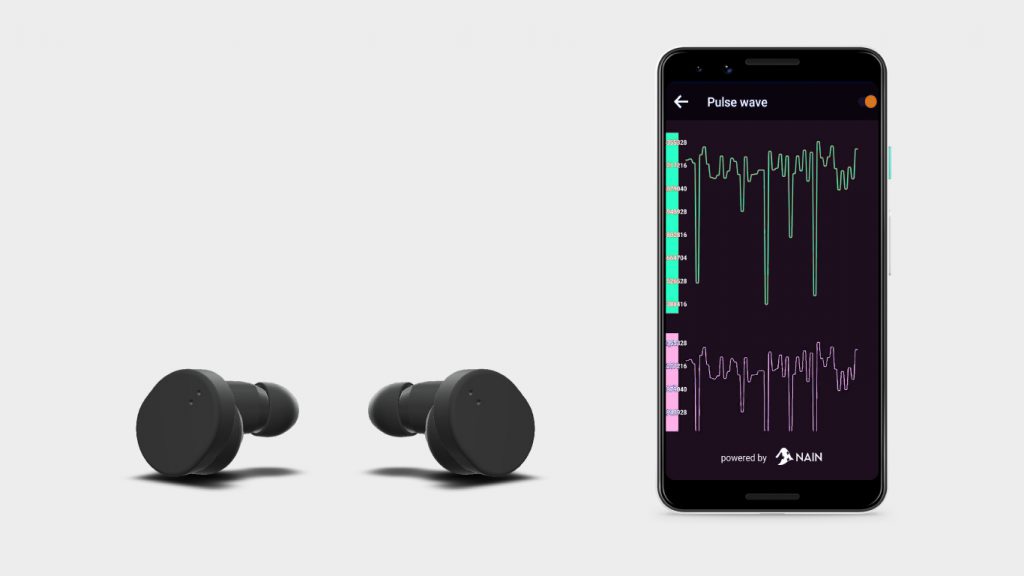 Nain, Inc. is developing an XR hearable device (*1) equipped with Qualcomm® QCC5121 and other cutting-edge technology in collaboration with Foster Electric Company, Limited (hereinafter: Foster Electric). This prototype was created in preparation for the coming of CES 2019 (*2). In moving forward, we would like to inform audio manufacturers around the world about the possibilities of hearable devices. We do not yet have a time set for introducing this product into the market. However, we are aiming for sometime during this fiscal year and will actively perform fundraising to promote commercialization through the strengthening of our corporate structure.

The hardware for this prototype was mainly developed by Foster Electric, and the firmware, smartphone app, and other software were developed by Nain. In addition to being equipped with pulse wave sensors which make biometrics possible and touch sensors, proximity sensors, magnetic sensors, and 9-axis sensors which make face tracking possible, the prototype also supports noise canceling and external sound monitoring. This will make it possible to actualize a world where users can leave their XR hearable on and music and voice assistants can coexist, as well as a future where human perception is supported by the expansion of sound. This technology promises a wide range of applications from individual young people enjoying entertainment to use in the business world.

In the business world, this technology will make it possible to manage the condition of employee health and perform business communication through voice AR. In addition, we believe that this technology will also be able to provide services such as voice navigation for route guidance, which can sense the direction the user is facing and guide them to their destination, and sensing stress levels to prompt users to take breaks.

*1 Nain considers “XR” to be a collective term for AR/MR/VR. This prototype is being developed with the aim of becoming a hearable device which can support AR/MR/VR services, including voice AR functions as well as MR technology such as automatic song selection in the future.
*2 CES (short for Consumer Electronics Show) is an event put on every January by the Consumer Technology Association (CTA) in Las Vegas, Nevada and is one of the world’s largest trade shows for consumer electronics.

Equipped With Five Types of Sensors 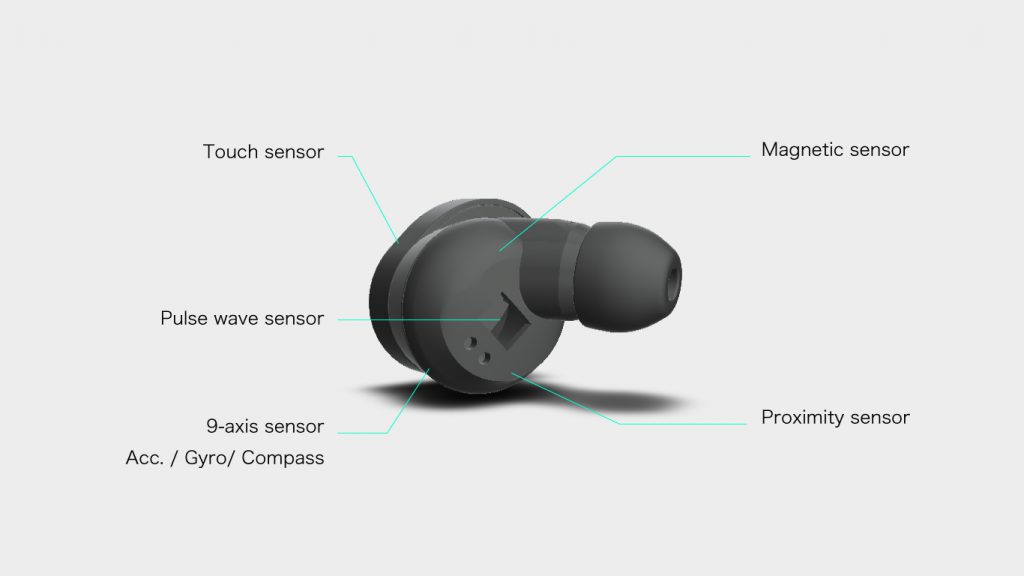 The software library XR Sense developed by Nain controls five types of sensors on both the left and right sides for a total of 10 sensors.

● 9-Axis Sensor
Allows for the implementation of intuitive navigation using voice AR and of behavioral analysis of workers leading to increases in productivity through face tracking.

● Touch Sensor
Allows for performing operations with just a light touch and for the assignment of various operations. 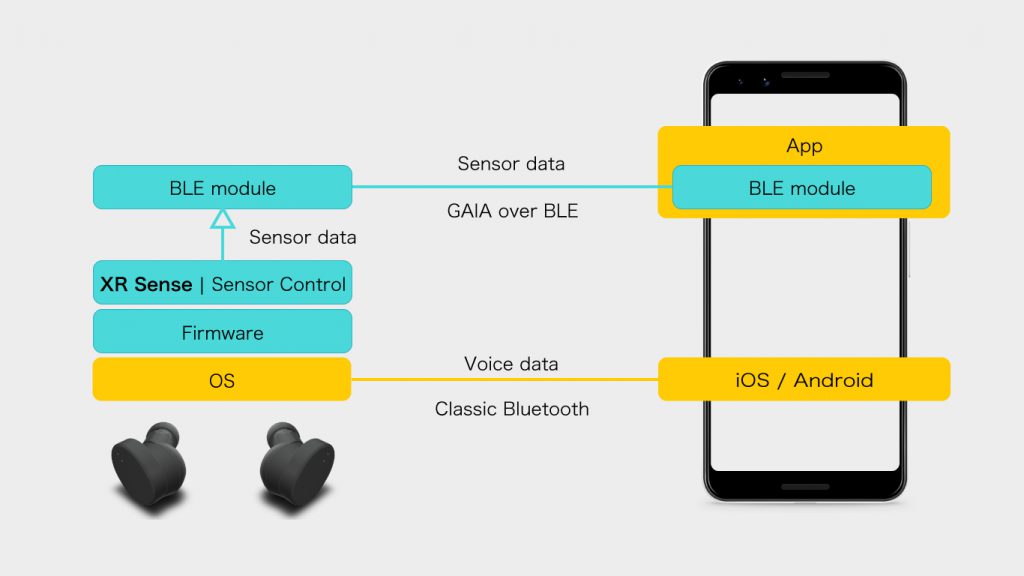 Equipped with its own BLE layer to allow for linking between the device and smartphone app.

This is the newest version of the control software planned to be loaded onto our Zeeny product and built based on Qualcomm’s Audio Development Kit. Equipped with QCC5121 and its DSP, the XR Sense software module which controls the five types of sensors connected to it, and a BLE-compatible signal control module which is an expansion of Qualcomm GAIA, this prototype will make for an evolution in the user experience of mobile internet through hearable devices.

Nain has obtained one patent for the service invention of XR Sense and is currently in the application process for another. We also have a patent for a foundational invention for controls related to voice notifications.

We are currently recruiting sales support partners to advance the commercialization of this product, as well as collaborative partners for the purpose of capital and business tie-ups so that we might advance business expansion through tie-ups with system development companies and industrial companies in fields including food and drink, construction, freight, medicine, and nursing and also advance work style reform through the use of this product and its voice assistance.

With social issues surrounding smartphones on the rise, the most prevalent of which being using smartphones while walking and smartphone addiction, Nain will liberate users from their screens by changing the concept of the user interface from “operating” to “receiving assistance.” This will make it possible to cherish our time in this life as we were originally meant to. Since its founding, Nain has been expanding Zeeny into the market of users who frequently take out their smartphones with a focus on businesspeople and the 15–22-year-old smartphone native generation. The company was certified as a Qualcomm eXtension Partner last year and has provided software development support for multiple brands of other companies. The company will continue moving forward to make the internet experience of the future a reality one step at a time.